CASE 55 OF THE BLUE CLIFF RECORD 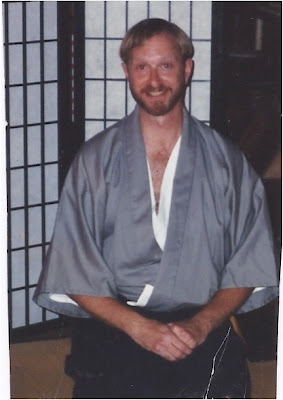 Posted by Patricia Ryan Madson at 11:08 AM No comments:

"An image reflected in a mirror, a rainbow
in the sky, and a painted scene
Make their impressions upon the mind, but in
essence are other than what they seem
Look deeply at the world, and see an illusion.
a magician's dream."

The poetry of Maya Stein

It's not change I'm after
By Maya Stein

The way a haircut can reframe a face. The move to a zip code that gets less fog. More of this or less of that – I can think of a thousand ways to prove my eagerness to trade the current reality for its fresh and scrubbed alternative. It’s so tempting to believe a transformation of even minor proportions will be epic, felt somewhere in my deepest deep. But in the interim, we grieve
for what we don’t or can’t have, and that ache is paralyzing. I see it’s not change I’m after, but peace.
Tranquility and rootedness for everything that craves release.

- Posted using BlogPress from my iPhone
Posted by Patricia Ryan Madson at 5:00 AM No comments:

In case you are a reader who checks in from time to time I wanted you to know that I will be starting a new blog focus soon. I am contemplating sharing biographical stories. I compiled a list of "indelible moments" and perhaps I will share some of these. Meantime thank you all for dropping in. I'll be back soon.

- Posted using BlogPress from my iPhone

Posted by Patricia Ryan Madson at 10:05 AM No comments:

Our love of Stanford women's basketball is taking us to the Final Four. We are on route to Indianapolis where our women will play Texas A&M tomorrow night. Call us crazy. It is sweet to be a fan. Isn't Nneka Ogwumike a beauty? We are cheering for you.

- Posted using BlogPress from my iPhone
Posted by Patricia Ryan Madson at 8:12 AM 1 comment: