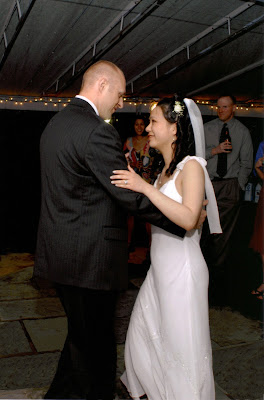 The Dancing Lesson
By Patricia Ryan Madson  1992
Published in Rainbow Rising From a Stream, edited by Dr. David K. Reynolds

On the dance floor Mrs. Tara, the curly-red-haired instructor, announced brightly, “Today, the waltz!” She smiled, pressing the button on the elaborate tape deck of the fine stereo system in the ballroom.  The strains of “The Emperor’s Waltz,” by Strauss, filled the room.  Martha sighed with pleasure.  More than anything she wanted to learn to dance with a partner, more than anything.

“You must learn two skills as you dance together,” explained Mrs. Tara.  “The first is attention to your footsteps and to those of your partner.  You must always continue to notice where you are stepping, carefully doing your best to avoid treading on your partner as you go.  Particularly while you are learning; this attention takes a great deal of effort.

“The second skill is the development of an attitude of cheerful tolerance when your partner steps on your toes.  You must be understanding and compassionate toward your partner’s mistakes.  If he knows that you can accept his mistakes without jeopardizing the dance, he can dance with greater freedom.  Of course you realize that no matter how sincerely you practice you will step on one another.  Stepping on each other unintentionally is in the nature of dancing.  You cannot learn to dance without doing so.  It is useful to adopt the viewpoint that your partner is doing the best he can.

“Again, if you want to dance you must accept the inevitability of being stepped on occasionally—it is in the nature of the experience of moving closely together. So, shall we begin?”

Martha took a deep breath, smiled, and lifted her arms to Harold, her class partner.  Off they glided, or rather bumped, onto the floor.  One, two, three: one, two three; one, two three—  “Oops, oh, excuse me,” sputtered Harold as he crunched the tip of Martha’s patent leather pump.

“That’s all right,” said Martha soothingly, really meaning it.  One, two, three, one, two, three . . . and on they moved, fumbled, smiled, stumbled, laughed, apologized.  And sometimes they even really, really danced.


Whenever human beings become partners, it is natural that some conflict occurs.  It is unrealistic to imagine that partners should move smoothly and perfectly without incident.  Mrs. Tara’s advice was sound. Knowing that this jostling is likely to happen prepares partners to develop a healthy, charitable attitude toward having their toes stepped on.  If your purpose is to build a strong and loving partnership, it would be wise to attend to your own and your partner’s footsteps as they fall.

Posted by Patricia Ryan Madson at 1:05 PM No comments: 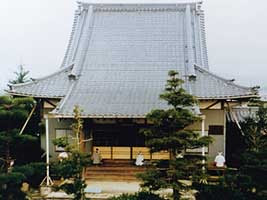 Patricia Ryan lives in San Francisco and teaches drama at Stanford University.  She is certified to practice Morita guidance.

Posted by Patricia Ryan Madson at 12:09 PM No comments: