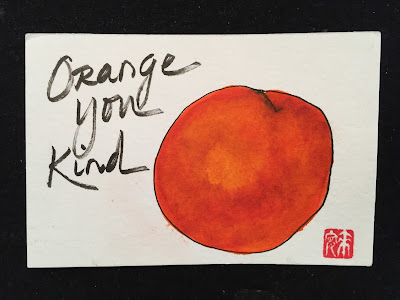 On a short commuter flight from John Wayne airport back to SFO I sat next to a quiet well dressed businesswoman in her 40's. On board she watched a film on her IPad.  At a half hour into the flight the attractive African American stewardess stopped at our seats for the customary in flight drink.
"Would you like something to drink?" she asked.
My companion replied "Do you have cranberry juice? "
"We have crab-apple juice, will that be okay?"
"Yes," she nodded.
"Would you like ice?"
" Just a little please."
Turning to me, she repeated her query.
"I'd like tomato or V-8 if you have it."
"We have tomato or Bloody Mary mix," she said.
"I'd like the Bloody Mary mix with no ice, "

The stewardess began making the drinks.  She put a half cup of ice into one of the small plastic glasses. Then she poured water into the cup with ice. Following this she poured Bloody Mary mix into the other cup.  She then handed the ice water to my seat mate who accepted it with a smile.  I received my drink, thanked her, and the cart moved on.

After a while my curiosity surfaced and I took the liberty of asking my companion, "Excuse me, didn't you order cranberry juice?"
"Yes, I did." she replied.
"How kind of you," I said, "to accept the water."
"She was busy," she said thoughtfully, leaving it at that.

And I wondered how often it happens that someone accepts a mistaken order out of respect for the convenience of the server?

What a perfect example of kindness.