Early this morning we said goodbye to our beloved niece, Jysenia.  If you read this blog you have seen some of the images of her visit this week.  On Tuesday Ron took her to the Monterey Bay Aquarium where she communed with the seals, jellies and seahorses.  On Wednesday we had a glorious day in San Francisco (clear, mild weather!) compliments of the City Segway Tours.  We saw the city wharf and Marina as if we were floating on air.  If you haven't tried a Segway you haven't lived.  I'm something of a sissy but was won over by the end of our three hour adventure gliding around the most beautiful city on earth.  We had a look at the crookedest street in town, Lombard hill and then had dinner at Zero Zero Pizza.  They specialize in "build your own Sunday."  Many calories here. We went to the top of Twin Peaks for a few photos of the panorama of the city.  Then we visited the Vaernet family.  On Thursday we visited Spanishtown outside of Half Moon Bay to see the rusty dinosaurs, and then on to the Stanford women's basketball game.  Jysenia saw Stanford whip Oregon State by a forty point margin.  What a team.  Jysenia is herself a soccer player of note.  She is the goalie for her Hamburg, NY Jr. High School team.  It was a whirlwind visit, but lots of fun.  Here are a few more photos of our sightseeing adventures.  We just learned that her second leg of the flight home has been changed to a later flight.  She gets to stay at JFK for three hours before moving on.  Safe journey, our dear Jysenia. Our cat Bodhi is missing you already. 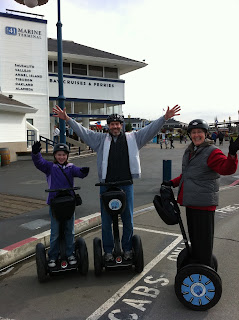 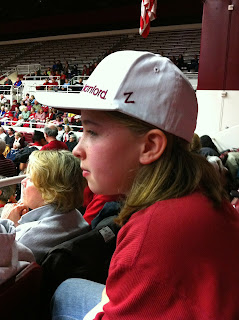 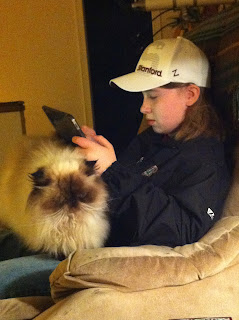