Day 362: The many ways of coaching 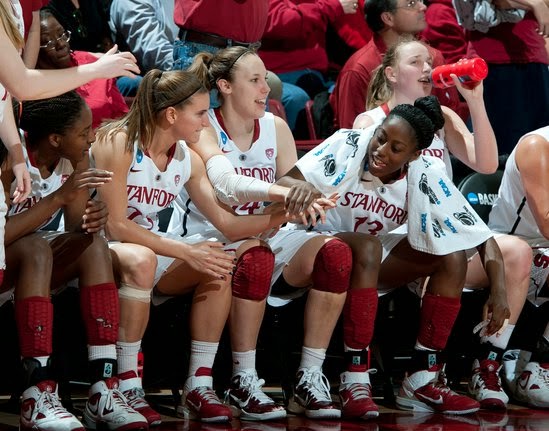 Our seats at the quarterfinals here in Spokane placed us seven rows up from the Louisville TN players bench. (In the second game we were behind the UNC women). This vantage point allowed us to get a bird's eye view of the coaching styles. The coach for Louisville Jeff Walz coaches by intimidation. Apparently the women are under strict orders ONLY to follow his directions. He screamed into the face of a player "YOU PLAY MY GAME, you hear!" He then berated the player for acting on her own impulses. Throughout the game he did a lot of angry screaming at the players and at the refs. At one point he was so angry at a call that he kicked the table where the officials preside. This earned him a technical foul allowing the other team to make a free throw. A Louisville fan told us that he does this most every game. How sad. There are many ways to inspire and teach. His style full of hubris, ego and emotion seems one of the poorer choices. It makes me even prouder of our own Tara Vandeveer and her positive style of communicating. Stanford did win last night. We beat UNC by a margin of 7 points in the final minutes. We go on to play Gonzaga on Monday night.


- Posted using BlogPress from my iPad